3D artist and a big sky-production enthusiast Bryan Adams talked about the way he creates fantastic skyboxes with one very well-known software.

Hello, I’m Bryan Adams a Skybox and Lighting artist from New Zealand. I create Volumetric and Static skyboxes as well as lighting environments for games. Since my last interview on 80 Level is about realtime volumetrics this one will be about static skyboxes and a piece of software I use called Vue. It will cover the basic process for my latest piece ‘Snowy Peaks’ and it will contain some information on Vue and how I use it to create my skies.

Vue is an environment creation and rendering software created by E-on Software. I’ve used Vue for about 3 years now, my primary use for Vue is skybox creation. In the last 6 months, I started to use Vue a lot, it was a program I wanted to learn the ins and outs of and really familiarise myself with. Over that time I’ve experimented and have created a number of projects and renders. I’ve learnt a lot about cloud creation, environmental effects, lighting setups and cloud texturing, I even discovered my own small pipeline.

For my latest project ‘Snowy Peaks’ I used World Machine to create 3 mountains which allowed me to have a bit of freedom in the way the scene was composed. I fine-tuned the environment with macros to get the desired slopes and falloff I wanted. I then imported them into Vue and set up a basic cloud layer.

World Machine scenes imported into Vue with a basic cloud set up, first ever render of the scene.

After I created the landscapes and materials I imported them into Vue, with the files now in Vue I created small renders while continuing to set up and edit the materials and lighting to get a better understanding of how everything would interact with the environment and the composition. There was a lot of rendering involved at this stage of the project where I was fine-tuning the lighting and learning rendering techniques.

Overall the project was a massive learning curve in my technical skills. I was lucky enough to be guided by two skybox artists from Bungie and ID Software, their guidance, feedback and teachings we so so valuable throughout the prior 6 months and this project.

The only way to learn the software is jumping in blind, right?

Over the span of 6 months, I have created various renders and skyboxes focusing on a range of things from clouds, atmospheric settings, colour, lighting and rendering. I’ll brush over some settings and features and offer some tips about Vue (this won’t include in-engine work).

Cloud Creation – This is the most enjoyable part in Vue. It’s not a visual thing either, I’ve learnt a lot about the real requirements that build up clouds from softness, opacity, height differences and atmospheric and geological conditions to create these formations. The basic menu allows you to load presets which you can build up from. I always try to make the clouds feel natural and use them to set the mood. I mainly use the Opacity and Density settings in the main tab to achieve this, Opacity controls the light coming through the clouds while Density controls how thick and dense they look. You can also edit the material properties of the cloud offering even more customization.

As I went deeper, things started to get very technical in creating clouds through the use of nodes, functions and global values for planetary rendering. Thankfully Barry from E-on helped me understand these and what they did. Now with an understanding of nodes and functions, I have explored them resulting in some amazing cloud formations and renders. Nodes and functions are a bit hard to understand at first but they offer a lot more freedom.

Atmospheric Settings – The guts of the scene. Atmospheric settings give you the opportunity to control everything in your scene from the haze, fog, sky colour, shadow/lighting style and aerial perspective.

Rendering – This was a big part of understanding the software as this is how the final image is delivered in this part of the pipeline. It all comes down to keeping the quality looking good but not killing your pc in the process. Having a Threadripper would be amazing for this part but with the hardware I have, I had to compromise. Rendering time is affected by multiple things like the cloud layer count, complexity of the scene and the type of shadow and lighting you have on. For shadows under the Sky, Fog and Haze tab, no shadow on clouds is pretty straightforward, the cloud does not receive any shadows from anything in the scene even other higher layers of cloud and cuts the rendering time. Projected shadows and volumetric settings offer better shadows and more realistic lighting but can increase the time immensely. For the clouds I usually turn off GI Ambient Lighting in the cloud material settings as sometimes this is so subtle there is really no point having this ticked on, same with the volumetric lighting settings as you want to be flexible with your renders before taking them into the engine.

VFX – I started to look into atmospheric phenomena such as Parhelia or sun dogs as these are the “VFX” of natural skies. But they are usually created externally so they can be composited properly in the engine. Vue offers some effects, but I feel making your own offers more freedom and helps with editing and compositing in game.

For the last 6 months in Vue having the freedom to experiment and develop my skills within the software has been amazing, it allowed me to create some awesome projects and as a bonus, the feedback I have received from Tony Arechiga, Ryan Watkins and  Barry Marshall has helped me so much. There are some big and exciting features coming to Vue in the future which I can’t wait to experiment with. I’m now working on a learning plan with two skybox artists from the industry that will mimic and allow me to experience the full skybox artist pipeline and duties.

Message on behalf of E-on: 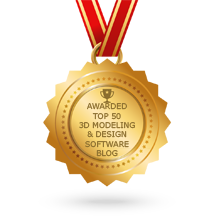 This is a friendly community. Please treat everyone with respect. We don't all have to agree, but we do have to be nice. Criticism is fine, but rude comments and name calling will be deleted. Use your real name and don't be spammy. Thanks for adding to the conversation.

Find what you are looking for in our latest 3D models section. Join the community and help us grow this amazing resource today. Sign me up!

You can find out more about which cookies we are using or switch them off in settings.

This website uses cookies so that we can provide you with the best user experience possible. Cookie information is stored in your browser and performs functions such as recognising you when you return to our website and helping our team to understand which sections of the website you find most interesting and useful.

You can adjust all of your cookie settings by navigating the tabs on the left hand side.

Strictly Necessary Cookie should be enabled at all times so that we can save your preferences for cookie settings.

If you disable this cookie, we will not be able to save your preferences. This means that every time you visit this website you will need to enable or disable cookies again.

This website uses Google Analytics to collect anonymous information such as the number of visitors to the site, and the most popular pages.

Please enable Strictly Necessary Cookies first so that we can save your preferences!

This website uses Google Analytics to collect anonymous information such as the number of visitors to the site, and the most popular pages.

his Cookie is placed by Facebook. It enables Metia to measure, optimize and build audiences for advertising campaigns served on Facebook. In particular it enables Metia to see how our users move between devices when accessing the Metia web site and Facebook, to ensure that Metia’s Facebook advertising is seen by our users most likely to be interested in such advertising by analysing which content a user has viewed and interacted with on the Metia web site. For further information about the Facebook Pixel please see: